A LONG History of Public Service: Wisdom from a Woman in Politics

Home > Committee  > Legislative Committee  > A LONG History of Public Service: Wisdom from a Woman in Politics 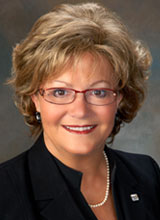 05 Oct A LONG History of Public Service: Wisdom from a Woman in Politics

Posted at 21:02h in Legislative Committee, Speakers--prior by Amy Dinovo 0 Comments
0 Likes
Share
Pinellas County Commissioner Janet C. Long is no stranger to public service.  Join us when she visits BPW on Thursday October 18 to share her lessons, stories and challenges as a female politician for over four decades. She’s held a number of positions throughout our local and state government, taking an active role in shaping public policy.
Click Here to Make Your Reservation Now
Her career in government began as a Legislative Aide working in the Old Capitol. The year was 1975 – before word processing, computers, copy machines, fax machines and electronic communication. It was a time when the legislative process was all done by hand.
In 1980, Janet served as the Assistant to the Pinellas County Legislative Delegation until 1986 when she was appointed by Commissioner Bill Gunter as the Deputy Insurance Commissioner for the Florida Department of Insurance with primary day to day management and oversight of the Regional Office located in Pinellas County. She was reappointed by Commissioner Tom Gallagher and again by Commissioner Bill Nelson.
In 2002, Commissioner Long was elected to the Seminole City Council and elected again in 2004 without opposition. In 2006, she was elected as a Democrat to the Florida House of Representatives from District 51 and served through 2010. In her first year of office, she managed to pass five out of her six bills. She has created an electronic newsletter which keeps her constituents abreast of her activities and those of the legislature. In an effort to ensure that her constituents have a voice, she has held various town hall meetings in her district and around Pinellas County on property taxes, the Lealman fire district and the Pinellas Park Water Management District.
While a member of the Florida Legislature she served on the Military & Veterans Affairs Policy Committee; the Economic Development & Community Affairs Policy Council; the General Government Policy Council; the Insurance, Business & Financial Affairs Policy Committee; the Education K-12 Committee and the Transportation & Economic Development Appropriations Committee.
Janet Long was elected countywide to a seat on the Pinellas County Commission in 2012. Commissioner Long serves on the Tampa Bay Area Regional Transportation Authority (TBARTA) Board of Directors, the 2016 Pinellas County Charter review Committee, the Pinellas Suncoast Transit Authority (PSTA), the Tampa Bay Regional Planning Council and the Health and Human Services Leadership board. In addition to her Pinellas County Board of County Commissioner appointments; she also serves as Vice President for the Suncoast Tiger Bay Club, and is on the Largo Medical Center Board of Trustees and the Clearwater Central Catholic Advisory Board.