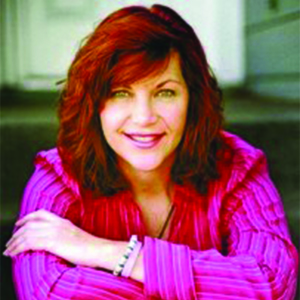 Alisa Savoretti is a Madeira Beach native, serial entrepreneur, a traveler, a visionary and a doer. She is a breast cancer survivor and the Founder and CEO of My Hope Chest. Her first career training began at age 4 with paten leather tap shoes that lead her to a successful career as a professional dancer and “Las Vegas Showgirl.”

About My Hope Chest: A breast cancer diagnosis at age 38, as an uninsured woman, Alisa was unable to attain her reconstruction surgery after mastectomy. As a result, she returned to the Las Vegas stage just 5 months post chemo… this time, minus one breast. Billing herself the “Lopsided Showgirl” and through the help of a woman’s organization, Alisa turned the tables of her own health matter and began My Hope Chest in Las Vegas, December of 2003.

Alisa relocated back home with family to Seminole in 2009 and restarted My Hope Chest in Tampa Bay, at year 7. Since then through 1000s of hours in the community and beyond, My Hope Chest has grown to help women both locally and nationally.

My Hope Chest has received tremendous exposure for it’s mission and Alisa’s efforts have been honored by many including: the Tampa Bay Buccaneers and Tampa Bay Lightning as a Community Hero. Alisa was a finalist in the Tampa Bay Business Journal’s Woman of the Year in 2010,11 and 12 and again this year. Her story of hope and inspiration for breast cancer survivors has been featured on the cover in October issues of the Tampa Bay Times and the Tampa Tribune as well as nationally in “O” Oprah magazine, Fitness. Alisa was most recently recognized and honored as one of “The 9 Names to Know in Brest Cancer” in Reader’s Digest Magazine.” Alisa’s passion is to make women whole again

My Hope Chest is the ONLY national social service organization helping uninsured and underinsured survivors attain their breast reconstruction surgery.