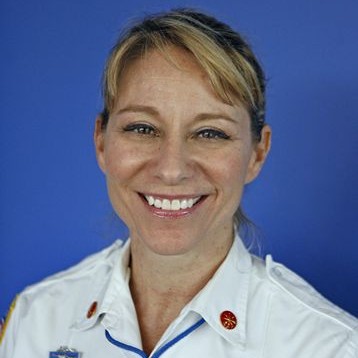 GUEST SPEAKER for November 17th. Firefighting tends to be a male-dominated, physically challenging profession. Female fire chiefs are exceedingly rare. Shelby Willis is 5 feet 4 inches tall. But that didn’t stop her from climbing up the ranks to become Largo’s first female fire chief and the only female fire chief in Pinellas County. Willis began working for Largo as a firefighter-paramedic in 1997. She earned a bachelor’s degree in psychology from the University of South Florida in 2003. She was promoted from lieutenant, to division chief, to deputy chief. In a Fire Department with about 150 employees but only a handful of female firefighters, Willis said she always held herself to the same standards as male colleagues. “You learn how to do things smartly instead of relying on brute strength,” she said six years ago when she became Largo’s first female division chief. “I have to do it in a different way.”